Dental care has evolved greatly over the past couple centuries. Throughout the early 1800’s, most dental conditions were treated by people that lacked professional experience. During this period, there were no legal standards pertaining to the practice of dentistry, and so, The American Society of Dental Surgeons (ASDS ) was founded. Their objective was to create federal standards and regulations for the industry. The organization helped continue the trend of dental care from being an industry of trade to an industry populated by professionals.

The first commercial dental lab in America was founded in Boston, Massachusetts by Dr. William H. Stowe and Frank  F. Eddy in 1877. At the lab, many apprentices were trained in the art of dentistry. Those apprentices founded many more dental labs that sprung up across the country. This marked the beginning of the modern day commercial dentistry.

Throughout the latter half of the 20th century, many innovations were invented that continued to revolutionize the industry. In 1950, the first fluoride toothbrush was marketed, and in 1958, a fully reclining dental chair was introduced into commercial dental labs. Dental laboratories continue to evolve, alongside shifting government regulation and technologies.

The world of dentistry continues to change, alongside technology. The future is looking, as bright as ever, for oral hygiene and the profession surrounding it. 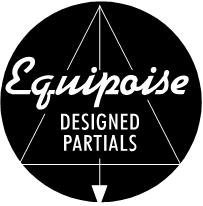 for more information or to Register, go to www.njhpdi.com

CALL US TO ARRANGE & MEET WITH YOUR STUDY GROUP!